After suffering a devastating loss, former bantamweight champion TJ Dillashaw has accused commentator Joe Rogan of favoring his opponent Dominick Cruz possibly insinuating that his words may have had influence over the UFC judges score.

“Joe Rogan might need to go back and watch it again to hear how biased he was commentating, I agree with you it was a good close fight but think you picked Cruz before the fight started,”

Man I'm so lucky that I get to do what I love everyday of my life and put on shows for the world. Love being a martial artist and the person it has made me. Like me or hate me for what ever reason and think what ever you believe to be true, I just appreciate you watching and hope you enjoyed that fight. Congrats to Cruz for enduring everything he has and being able to come out and perform at his best, true respect for his determination and athletic ability. I know everyone has their right to their own opinion but as I laid in bed the last two nights not able to sleep thinking how I lost that fight baffled me. Not saying that it was a robbery because I knew that it was a close fight and have no one to blame but myself for leaving it that fu#king close. Did not fight my best and definitely things I could have done different laying there thinking to myself. Finally got a chance to watch the fight on my flight home today and after watching I'm even more confident I won that fight! Even the two rounds I was initially giving to him were much closer when I rewatched it, to be fair I gave my self three rounds but have no problem saying I won four rounds. @joerogan might need to go back and watch it again to hear how biased he was commentating, I agree with you it was a good close fight but think you picked Cruz before the fight started. HOLY SHIT WHAT A GOOD FIGHT! Better than I remember and want to do it again. Please Cruz, don't retire and give me that shot so I can get back what I believe is mine. @ufc

Joe Rogan has been accused of favoring fighters previously, with featherweight champion Conor McGregor suggesting last year, “I feel like he might be on Team Alpha Male a little bit anyways,” per FOX Sports. According to ESPN’s Brett Okamoto, the fight was a very difficult one for the judges to call, and the scorecards afterwards reflected as much: 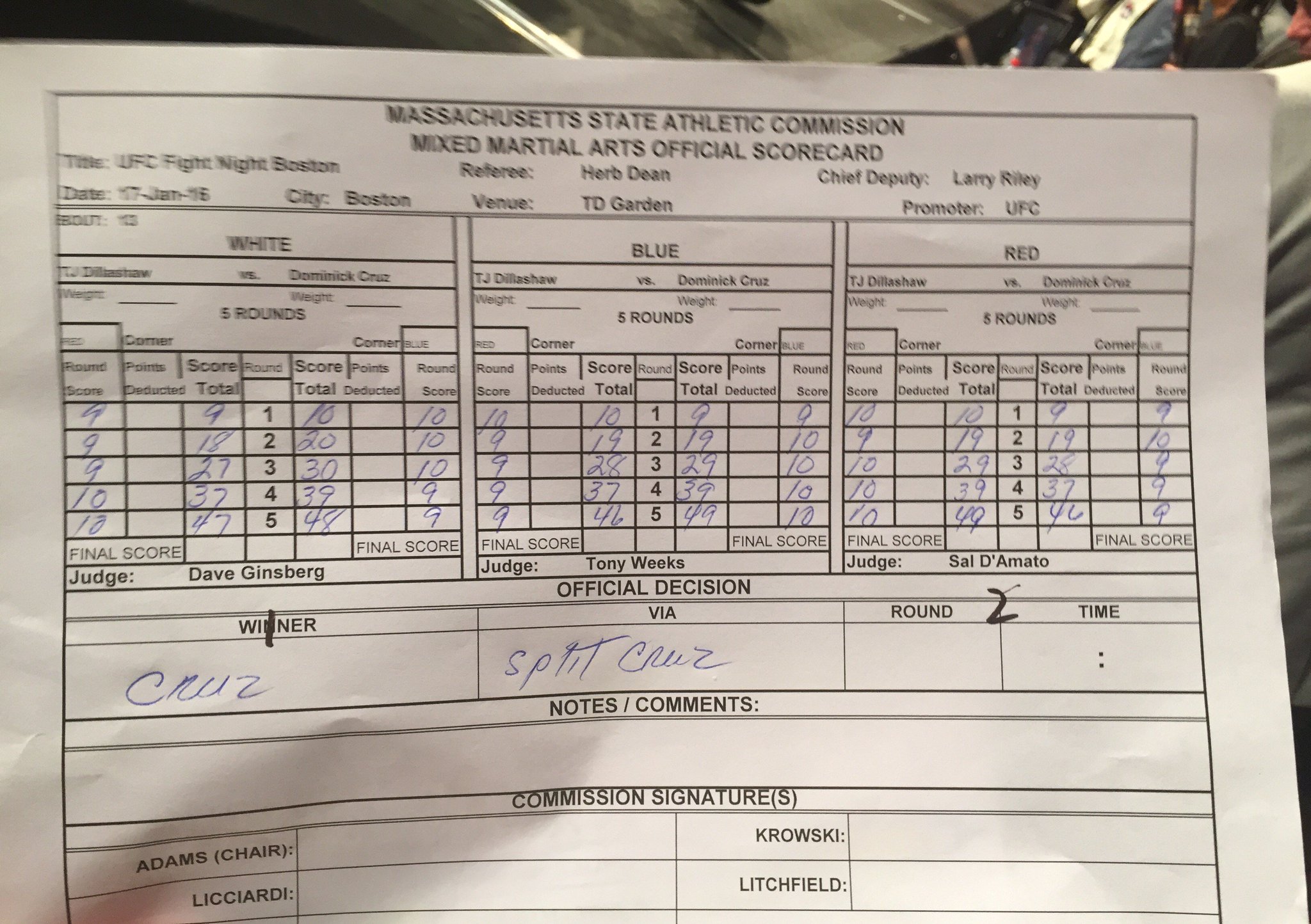