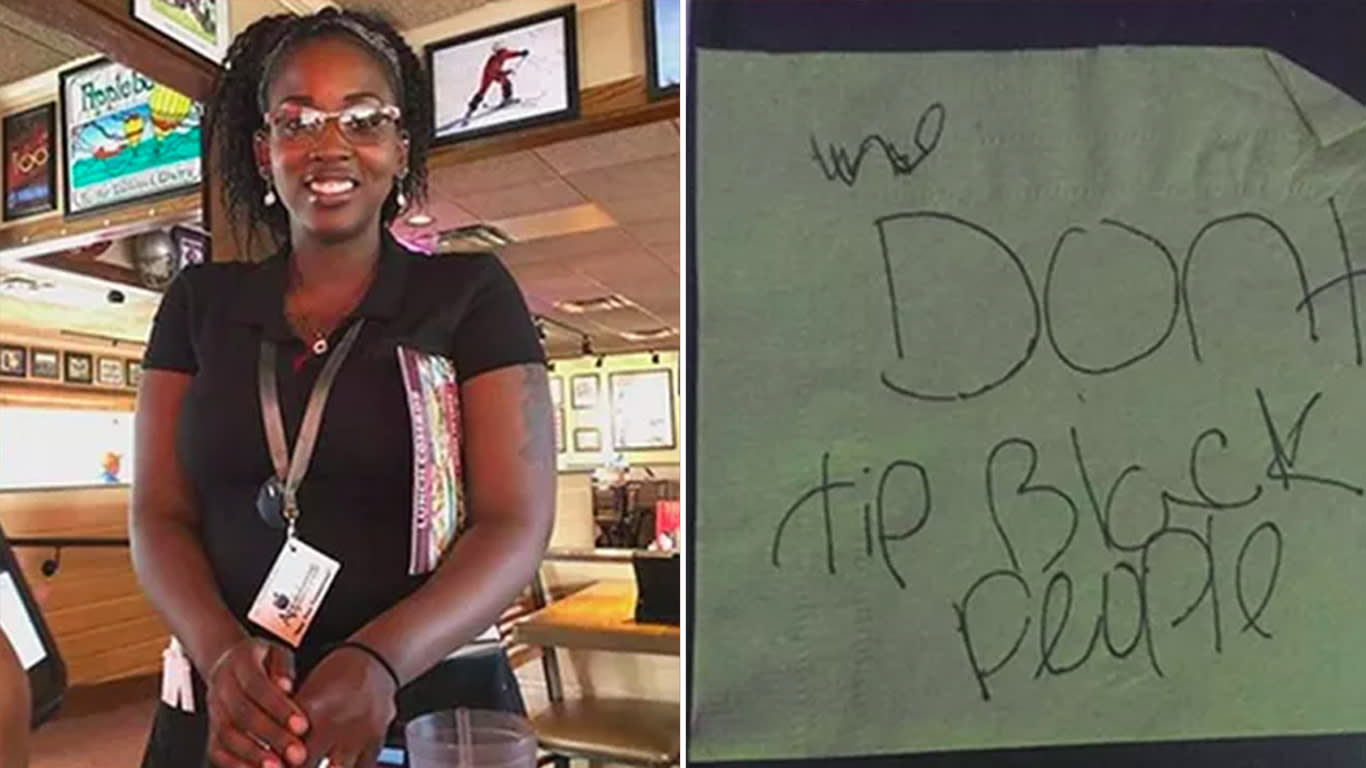 When you think of Radcliff, Kentucky, the last thing you would think is racist… Just kidding, of course you do.

Jasmine Brewer,26, claims customers didn’t tip her on a $50 order. Instead, they left a handwritten note on a napkin:

Brewer said she did everything possible to make the experience pleasant.

“I did everything I could to make it good and in the end, I was the problem,”

The waitress said her co-workers were shocked by the racist note, especially her manager.

“She was livid and she’s white,” said Brewer. “She is dating a black man and they have two kids together. There are a lot of biracial couples working at Applebee’s,” she said.

Brewer’s mother, Regina E. Boone, posted the photo of the napkin on Facebook and has astoundingly received $175.

Brewer acknowledged that she has also been accused of faking the napkin note, something she vehemently denies. “I almost wish my mom had never posted that photo,” she said. “Why would we go out of our way to post fake news?”

She is hoping the reaction to the racist note leads to something more positive.

“I hope with all this getting exposed, people learn to love people for who they are and stop being cruel,” Brewer said.

Applebee’s sent a statement to HuffPost condemning the nasty napkin:

“All restaurant team members deserve to be treated with dignity and respect. The remarks directed at one of our franchisee’s employees are unacceptable and inconsistent with Applebee’s values as a brand.”

The company also noted that it was looking into the matter:

“The franchisee conducted an internal investigation and has collected statements from the team member as well as those who were present during the incident, including other team members and the Manager on duty. As soon as the Manager was informed she immediately went out to speak with the guests, but they had already left the restaurant. The franchisee is continuing to work with the restaurant team to keep the lines of communication open.“