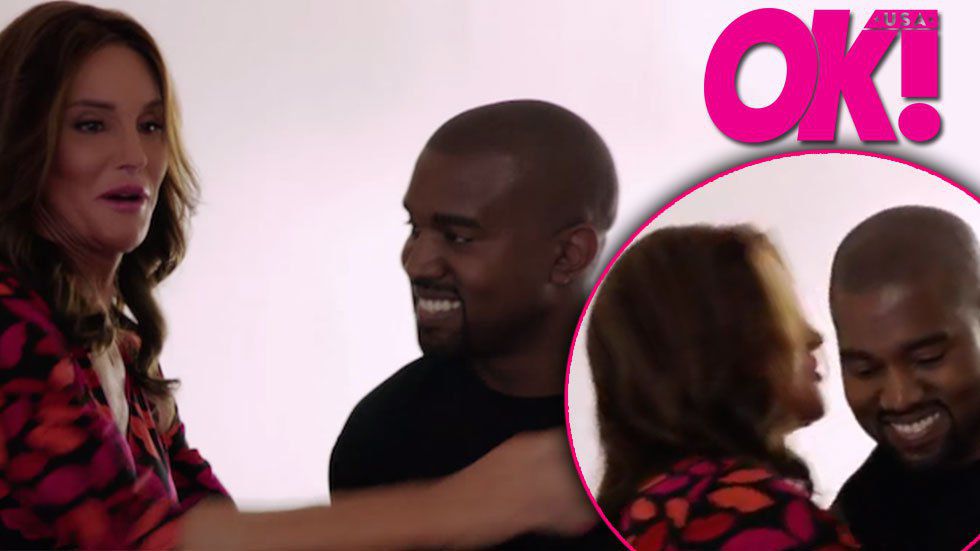 Sources told OKMagazine that Caitlyn Jenner was getting really close to Kanye West these days. “Caitlyn’s having so much fun flirting with Kanye,”. Also, on the latest episode of I Am Cait, she doesn’t rule out dating men but the man she has her eyes on is married to her stepdaughter! It was also stated that out of everyone dealing with Caitlyn’s transition, Kanye was the most accepting.

Caitlyn even went as far as to tell Kim “in front of Kanye that she wants to find someone as gorgeous and talented as he is and if she doesn’t, she’s going to steal him (Kanye) away,” and it looks like she did just that. As for Kim, sources say she is devastated and has been inconsolable for the past week and a half. It is reported that during this time, Lamar Odom has taken custody of both North West and Saint West and plans to take them to a ranch full of bunnies while Kim Kardashian and Kanye West divorce.